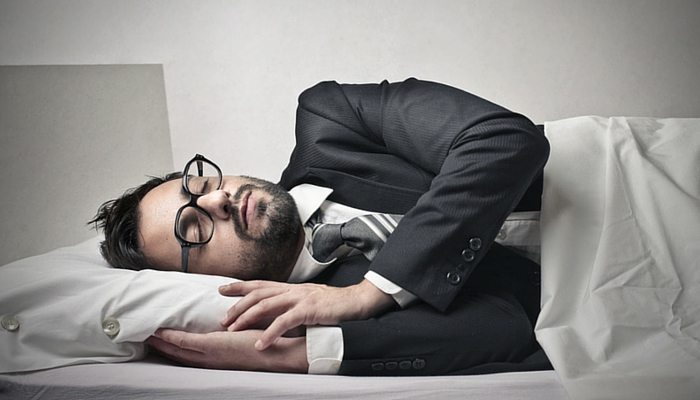 Do you know anyone who actually gets enough sleep? If you’re like most people, the pressures and temptations of modern life can often mean getting far fewer than eight hours of sleep each night. A recent study found 74% of American workers aren’t getting enough shut eye, and all of that lost sleep can have some serious consequences on the economy. However, it seems as if the sleep-stealing rigors of existing as a human being don’t affect everyone equally. According to a new book published by Harvard Business Review, senior executives get more sleep than middle and lower-level employees. Is that actually surprising?

Harvard Business Review claims their conclusion is based on analyses of 35,000 leaders and interviews with 250 senior executives. According to the authors, that surely scientific research suggests that the higher one’s leadership role is, the more sleep they are likely to get. What’s their secret?

Unfortunately, there isn’t really a secret at all. The likely truth is that senior executives often do far less work and have shorter hours than their subordinates. Although, true to their worship of all things corporate and capitalist, HBR suggests that senior executives get more sleep because they choose to, and that’s why they’ve been successful throughout their careers. Of course, it’s far easier to sleep at night knowing you’ve got the cushion of daddy’s money to fall back on after your fourth tech startup fails.

While this latest headline by HBR is making the rounds in the blogosphere, the truth is that the claim of executives’ sleep habits are likely sensational on purpose in order to promote HBR’s newest book, The Mind of a Leader, which is supposedly full of nebulous “leadership” wisdom which can enable each one of us to become the next Steve Jobs. By that, I mean dead and rotting in the ground and soon to be forgotten by the ever-churning tides of human history. Sweet dreams!