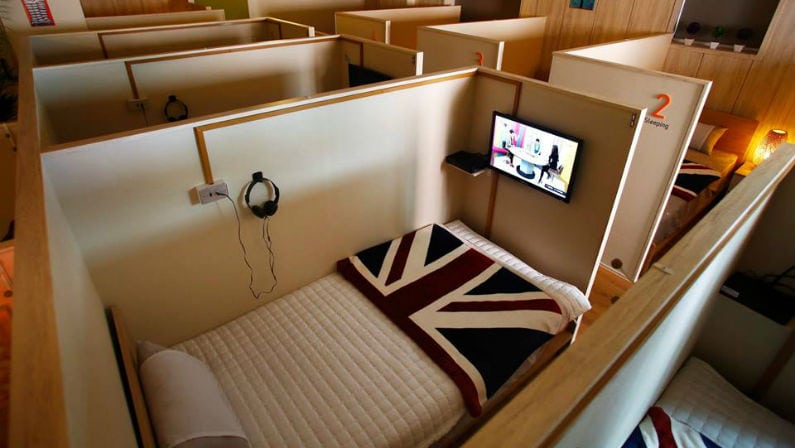 We all need to nap sometimes. Between the growing nighttime sleep deficits Americans are carrying and the stress of many people’s busy schedules, it’s natural to need a little midday nap here and there – and for good reason. Aside from helping you feel rested, midday naps have been found to boost cognitive performance in studies involving schoolchildren. It’s not just kids who need naps, though: power naps are becoming an increasingly important part of many working adults’ days for the mental and physical benefits they provide. In fact, they’re becoming so popular that new “nap cafes” and other nap-facilitating businesses are popping up across the nation to help sleep-deprived commuters catch a few extra z’s during their workdays. Can these pay-for-sleep businesses help remove the stigma surrounding midday naps?

In many countries like China, naps are seen as a normal part of the work day and offices often feature accommodations to help workers catch a few winks during their work days. In the US, by contrast, naps can often be seen as a sign of laziness or sluggishness. However, a variety of pay-for-sleep business are beginning to take hold in many major metropolitan areas, signalling that a shift in American nap culture might be afoot. From nap cafes which offer beds and couches by the hour to more radical offerings, more health-conscious Americans are turning to midday pay-for-sleep businesses to help them feel their best throughout the day.

One such business, Nap York, offers wooden sleep cabins around the clock which can be rented for $12 for 30 minutes. Nap York opened last year with only seven cabins, but demand was so high that now the Penn Station-based nap hotel offers 29 cabins and is installing hammocks on its roof. “We wanted to accommodate all the exhausted New Yorkers,” says Stacy Veloric, marketing director at Nap York, adding that “it’s really hard to find peace and quiet within New York City.”

As sleep deficits continue to rise, will these pay-for-sleep businesses become a more common site nationwide?