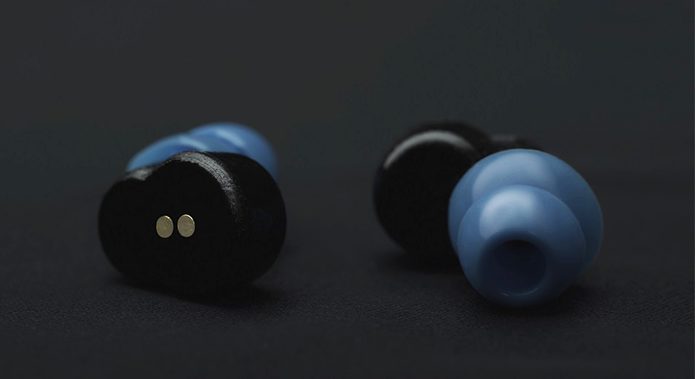 There’s not much that can disrupt someone’s sleep than a noisily snoring partner in their bed, and if you’ve tried measure after measure to combat someone else’s snoring, take heart because there’s a new weapon on the battlefield.

While there are no shortage of devices that supposedly curtail the nighttime nuisance, this one is unique however, because it’s for the affected partner – not the snorer.

Finnish company QuietOn, who first made a splash with their noise canceling ear plugs designed to soften loud noises (primarily in a military setting), has announced their newest product – noise canceling smart ear plugs. The QuietOn Sleep goes a step above just bring ear plugs that clog the canal though, as it introduces active noise cancellation to make the environment blissfully quiet. Of course, that means they’re also beneficial for work environments or other places where there’s just a little too much noise.

The new version of the ear plugs is significantly smaller than the old version, making it easier to wear for an extended time. There’s also a cushioned sleeve that makes laying on that side of your head. Also new is the ability to disable noise canceling with one tap, allowing for conversation or watching TV.

A charger to slip the ear plugs in to is included, but they won’t need to be charged every night as a single charge lasts about 20 hours. The ear phones are in preorder right now, available on Indiegogo for $109. If you choose to wait until you can purchase them in store, you’ll be paying almost $250, which means that if you’re interested, there’s no better time to buy than at the 50% discount. That’s still a bargain compared to the $20,000 smart bed that promised to stop snoring.

Either way you choose though, they won’t be available until October. And for many people, that’s a delivery that can’t come soon enough.

Mattress Firm Announces It Will Close 200 Stores
Super Bowl Survey: 34% Fall Asleep Watching the Big Game; Millions Will Skip Work
Research Proves Sex Before Bed Leads to Better Sleep
Lack of Sleep Can Cause Your Brain to Eat Itself