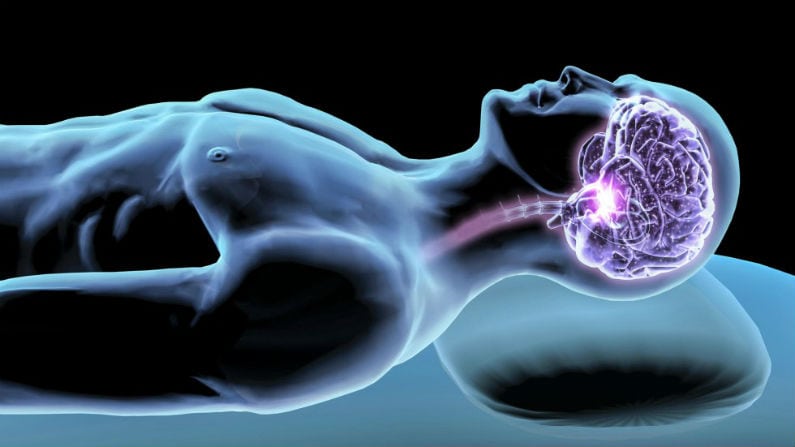 For years, neuroscientists and sleep researchers have believed that different area of the brain were responsible for controlling sleep and wakefulness, respectively. It’s easy to see where this belief stems from, given that EEG activity reveals vastly different areas of the brain are active during sleep and our waking hours. However, in a groundbreaking new study, neuroscientists from the University of Bern in Germany have found that one single control center in the brain is responsible for the sleep-wake cycle, potentially contradicting decades of research. Most importantly, this discovery could open the door for a whole new range of sleep therapies.

This research was conducted by neuroscientists at the Department of BioMedical Research (DBMR) at the University of Bern and the Department of Neurology at Inselspital, Bern University Hospital. Through using a technique known as optogenetics to control activity in different regions of mice brains, the researchers discovered that one region of the brain known as the thalamus functions to regulate both sleep and wakefulness.

The thalamus is like the central hub of the brain, connecting most of the other regions of the brain and supporting functions like sensory perception, consciousness, and cognition. Now, it appears that the thalamus might be key in controlling and maintaining the body’s natural circadian rhythm.

This is the first study to find that a single area of the brain controls the awake and sleeping brain. Antoine Adamantidis, one of the neuroscientists involved with the research, says that this discovery “will be key to finding new sleep therapies in an increasingly sleep deprived society.” As wearable EEG scanning devices and transcranial direct current stimulation become more common, we might soon enter a future in which we put ourselves to sleep instantly through stimulating the thalamus – or at the very least are better able to treat sleep disorders through the same means.

Can Sleep Glasses Help Teenagers Overcome Chronic Sleep Problems?
New Study Asks If Sleep Disorders Can Be Diagnosed in Infants
Sleeping In on Weekends May Help You Catch Up on Lost Sleep After All
Progress Against Infant Sleep Related Deaths Stalling in the US