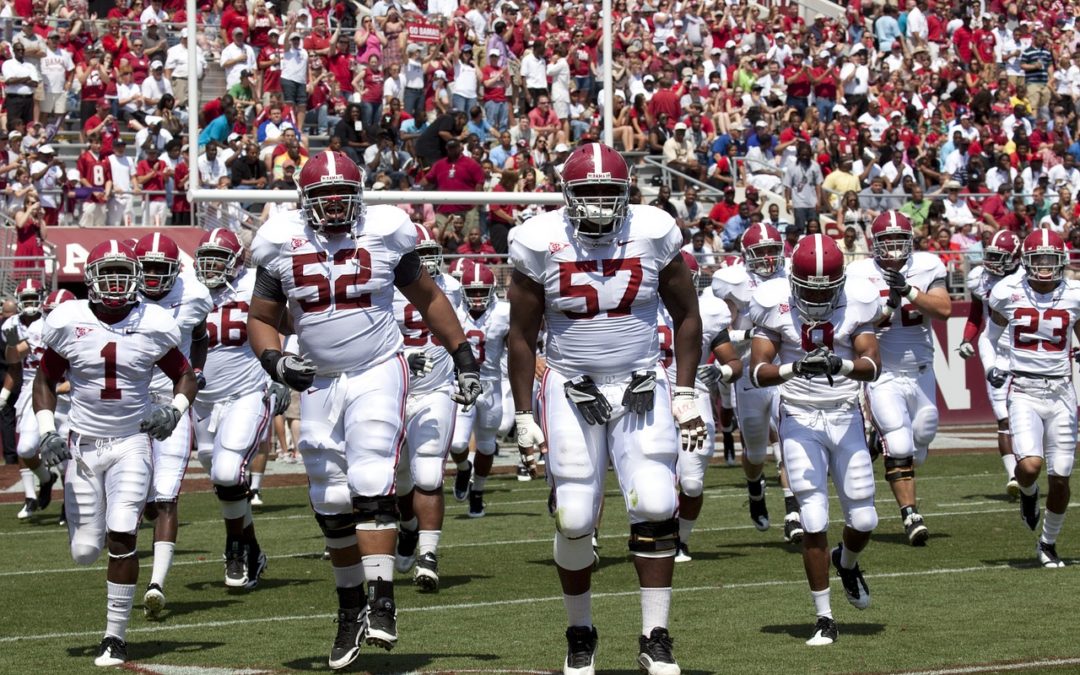 While concussions and other forms of head and neck trauma receive most of the attention when it comes to the dangers of the brutally violent sport of football, it turns out that there are other dangers lurking off the field for current and former players.Researchers have found that the extra mass many football players cultivate can significantly impact sleep health and increase players’ risk of premature death. An upcoming study in the Journal of Sport Rehabilitation is reporting that American football players are at a much higher risk of developing sleep apnea (the same condition that’s believed to have contributed to Reggie White’s premature death) and other sleep breathing issues later in life.

The study was conducted by medical researchers at the University of North Carolina at Charlotte who used linemen from the university’s football team and UNCC track runners as subjects. The researchers gave the athletes the Multivariable Apnea Prediction Survey, a self-reported survey which can screen for symptoms of obstructive sleep apnea, and then compared those data with several measures of physiological health. The study found that football players, unsurprisingly, had much higher rates of sleep apnea or pre-sleep apnea symptoms and that neck circumference among athletes can be used as an indicator of potential sleep apnea.

UNC Charlotte psychologist Jane Gaultney says that educating players while they are young is the key to preventing this sleep breathing disorders from developing later in life:

You can alert people that if they continue on this path, the likelihood is they are going to graduate and they are not going to be as active as when involved in their collegiate sport, leading to an increase in fat accumulation. That can mean that they are already on the path to sleep disordered breathing, even if they don’t have it now. If people understand this, they can modify their outcomes – they can change and be healthier.

Offensive and defensive linemen are at particular high risk of developing sleep breathing issues later in life due to the high body weight required to play those positions. Many former linemen have difficulties losing weight or even gain weight after they stop playing football due to the sudden drop in physical activity they encounter.

People who suffer from sleep apnea are at risk for a whole lot more than just a bad night of sleep and loud snoring. Studies have shown that individuals with severe sleep apnea could be up to three times more likely to die prematurely, and the risks getting even higher if the condition goes untreated.

Early detection is key to helping athletes modify their outcomes so they can be healthier and reduce their risks.

“Screening [football players] through this system can help, we think. We have put together a combination of survey and non-invasive methods to help catch those who are at risk and can make them aware that, later in life, if they don’t make changes, this is a possible outcome,” Marino advised.

This isn’t the first study to find that football players are more susceptible to developing sleep apnea than the general population. Another study from 2009 found that retired NFL players, particularly linemen, have very high instances of sleep disordered breathing, putting them at serious risk.