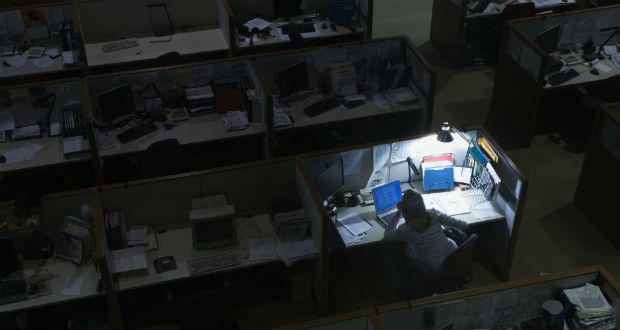 Night shifts are one of the grim realities of the modern developed world. While night work is unavoidable for many workers, it also unfortunately isn’t without its negative side-effects. Regular night shift work is linked to many different health and mental health issues, chief among them the disruption to one’s circadian rhythms or internal sleep clock. In a recent example of the unfortunate dangers of working nocturnal hours, a Manchester man has committed suicide due to what his family and loved ones have described as crippling insomnia stemming from his work schedule. Can this serve as a wake up call for companies who force employees to work nocturnal hours?

Don’t count on it. Not in this dystopian, corporation-worshipping timeline we’ve found ourselves in anyway. Still, the case of Marc Yeoman should add to the growing conversation surrounding the dangers of night shifts or other odd schedules which can disrupt the natural human circadian rhythm. Yeoman, 45, had for years worked nights as part of his job working for home and garden retailer B&Q, but was recently switched to a day shift schedule which required him to begin work at 5:30 a.m.

Yeoman’s girlfriend reports that he battled insomnia for weeks after switching to the new schedule, sometimes being unable to sleep for even an hour a night due to his body’s circadian rhythm having adjusted to his nocturnal schedule. Yeoman had resorted to taking pain killers in attempt to sleep, and was found dead at his home. A Manchester coroner recently ruled his death was due to intentional overdose, a court inquest has heard.

The U.S. National Sleep Foundation says working night shifts can lead to irritability or mood problems, depression, or many different gastrointestinal, cardiovascular, and metabolic problems. Meanwhile, the World Health Organization classifies night shift work as a carcinogen due to the elevated rates of some cancers among individuals who regularly work nights.

If you have to work nights, it’s not all bad news, though: robot slaves workers will surely replace all human workers soon (they can even work in the dark!), but until that time, consult with your physician on how to avoid the negative effects of night shift work.