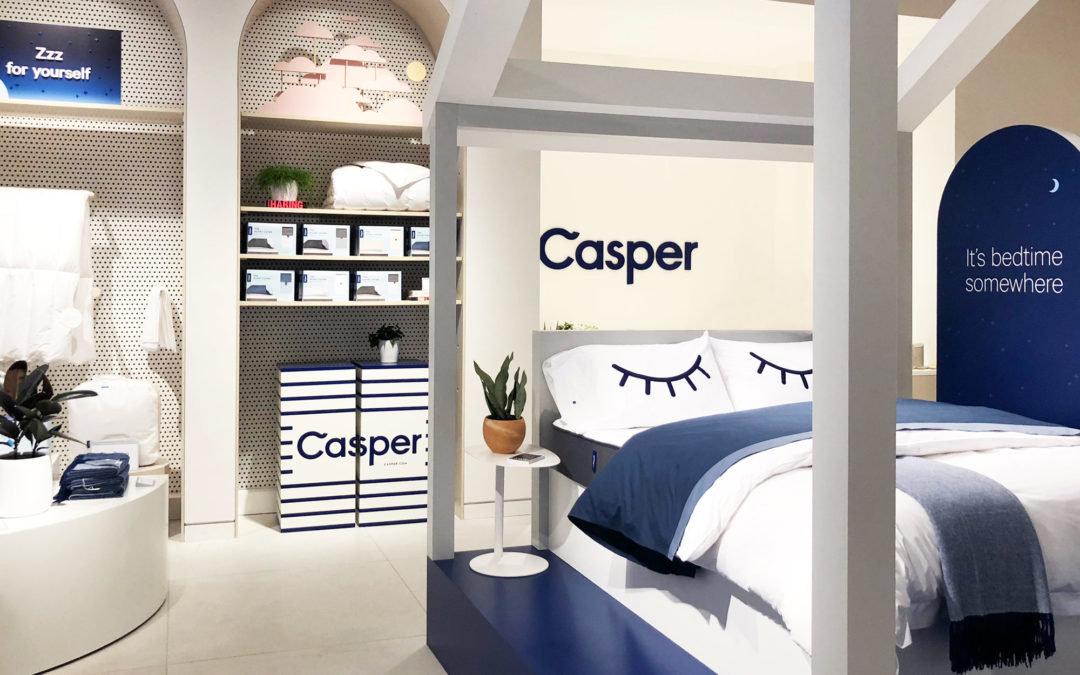 Casper might not have been the first mattress retailer to focus exclusively on online sales and ship their mattresses condensed inside boxes, but they certainly have become one of the most popular bed-in-a-box brands. Casper introduced many different innovations to the mattress market and has consistently focused on customer satisfaction. Despite their success, many mattress shoppers are reluctant to buy a mattress without actually lying down on it to see how it feels. For that reason, Casper opened a few “pop-up” stores last year to test the waters and see how their mattresses would sell in a physical retail setting. It seems they must have done well, because Casper has now announced the opening of its first permanent store. Even better? The store features complimentary “nap pods” so potential buyers can take the mattresses for a real spin. Can Casper be successful in a retail setting?

The first Casper store opened this week in New York City at 627 Broadway. The 3,000-square-foot retail space is filled with miniature houses equipped with beds featuring a wide range of Casper’s sleep products including not just mattresses but bedding and pillows. Unlike Ikea stores which actively prevent customers from dozing off on their display furniture, the Casper store actually encourages shoppers to take the mattresses for a spin.

Casper co-founder Philip Krim says the idea for the ‘nap pods’ came to him and other execs early on when a potential customer dropped by their tiny first office and asked to try out a mattress:

On day one, we had someone knock on our door and say, ‘I’m here to try out the mattress.’ That’s when we realized, by accident, just how important the physical experience was going to be. We said, ‘Take however long you need. Fall asleep, take a nap.’ It felt like a bedroom. It was the antithesis of the traditional big mattress experience with fluorescent lights and a pushy salesman.

The new Casper store will also host events intended to promote sleep wellness and education. If you live somewhere other than New York, are interested in Casper mattresses, and are unwilling to buy a mattress without plopping your disgusting body down onto it? You’re in luck: Casper mattresses come with a 100-night free trial. What do you have to lose?