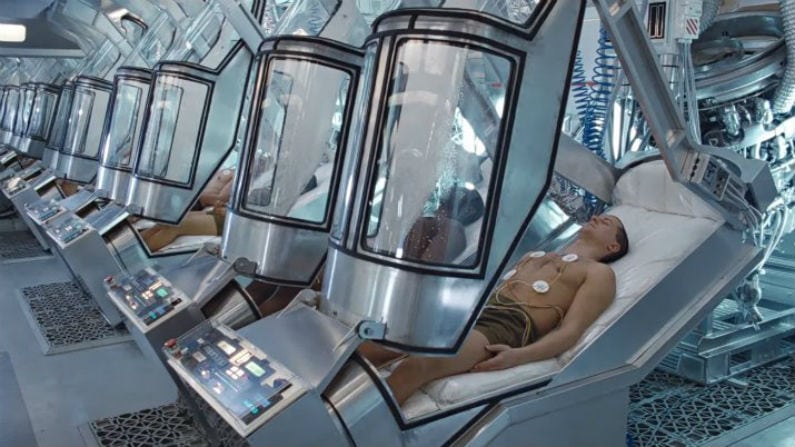 One of the recurring themes of space opera and other space-themed science fiction is hypersleep, cryostasis, or some other form of hibernation-like sleep used to help astronauts make the long voyages between distant destinations across the cosmos. Those sleep technologies might soon become a reality, though, thanks to recent vows made by various space agencies to reach Mars within the next few decades.

It takes up to around 300 days to reach Mars, and prolonged space flight is known to have adverse effects on the body. To help ease the boredom of long journeys and make space travel safer for humans, NASA is teaming up with the Atlanta-based aerospace research firm SpaceWorks Enterprises in order to create “cryosleep” chambers which put astronauts into a state of hibernation. What could go wrong?

Hopefully, not much. SpaceWorks’ technologies are based on some of the most cutting-edge research in human biology, anti-aging, and cryogenics. The concept is rather simple, while the execution requires some of the most precise medical knowledge we have. The cryosleep chamber works by lowering astronauts’ body temperatures to around 32 degrees Celsius, or 89 degrees Fahrenheit, while medications are administered to suppress the body’s natural reactions to the cold temperatures.

At those temperatures, metabolism and oxygen demands lower, preventing cellular damage, reducing the amount of resources needed, and reducing the area which needs to be shielded from cosmic radiation. The chamber could allow astronauts to sleep for weeks at a time, only waking up to stretch and perform maintenance duties before returning to hibernation.

Sound like something out of a movie? That’s likely a good sign. Throughout the past century (or longer), science fiction writers have dreamed of technologies which seem like fantasy at first, only to become reality a few decades later. Will these cryosleep chambers have uses outside of space travel? The U.S. military has been testing similar concepts for years, after all. What benefits might there be to sleeping for a few weeks at a time here on Earth?