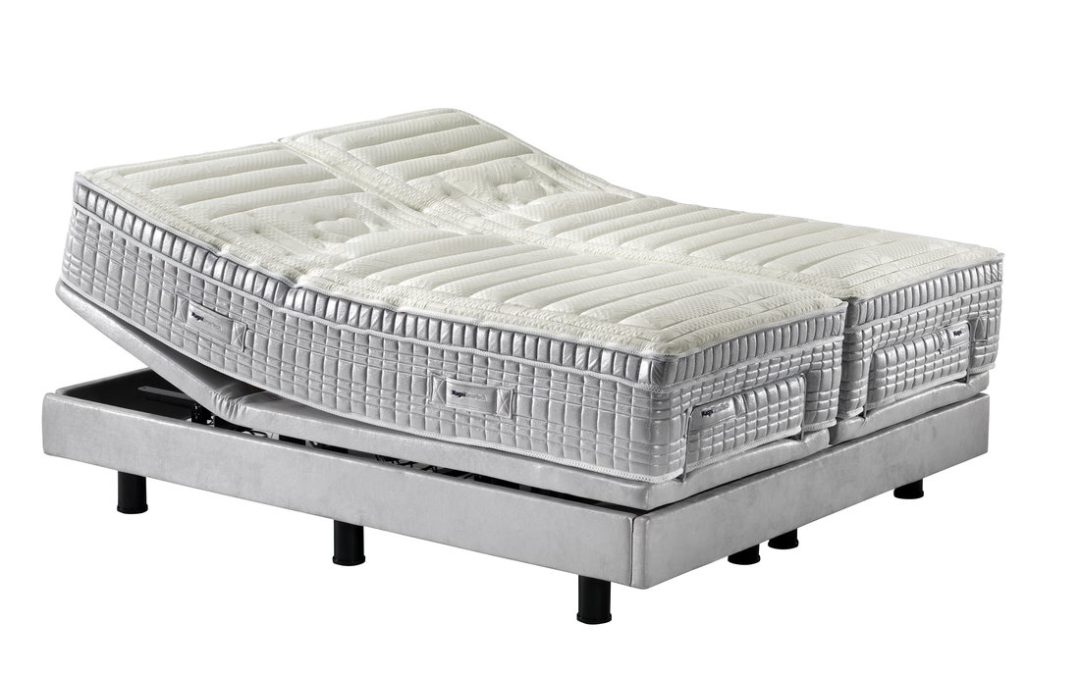 There’s no shortage of sleep tracking technology these days, but a new mattress from Magniflex, an Italian manufacturer, promises to be the king of them all.

The Magni Smartech mattress, available for purchase in the US now, is a smart bed that tracks things like your sleep quality and heartbeat, giving you info to help you get a better night’s sleep. But the feature that’s making waves is one many couples have long been waiting for. A small microphone in the bed actually senses if someone is snoring, and adjusts their sleep position automatically to stop it – without waking them up. Only the side of the bed that’s snoring gets a change.

While elevated beds are and anti-snoring devices certainly not new territory (for years, a main feature of Sleep Number beds has been the ability to raise or lower your partner’s side of the bed if they’re snoring), the automatic detection and adjustment is new ground. There’s no more searching for a controller to make a change, and ideally, everyone stays sleeping soundly.

Magniflex touts their bed as “the marriage saver,” and as you can expect, it’s got a price tag to match its lofty claims. Right now, the mattress will set you back about the price of a small new car – $20,000. The company says 25 of the beds have been sold in Europe in the past six months.

Ultimately, the company plans to sell around 15 to 25 beds every months in Europe with similar number in the U.S. Of course, market dominance isn’t what they’re after though. Their current goals would mean around $12 million per year in revenue.

While Magniflex has a head start on the smart snoring market, their competition may soon be catching up. Sleep Number’s “360 Smart Bed” is rolling out a new feature called “snore sense” that does what the Magni Smartech does – detects snoring and adjusts the bed. The price for a king size setup (with the required FlexFit3 adjustable base) is right at $10,500 – far below Magniflex’s price tag. And there are plenty of other traditional mattresses that can actually help alleviate sleeping on their own.

According to the National Sleep Foundation, 90 million American adults snore. 37 million of those are considered “regular,” so it’s clear there’s enough people that could utilize this. The only question is, will they pay for it?